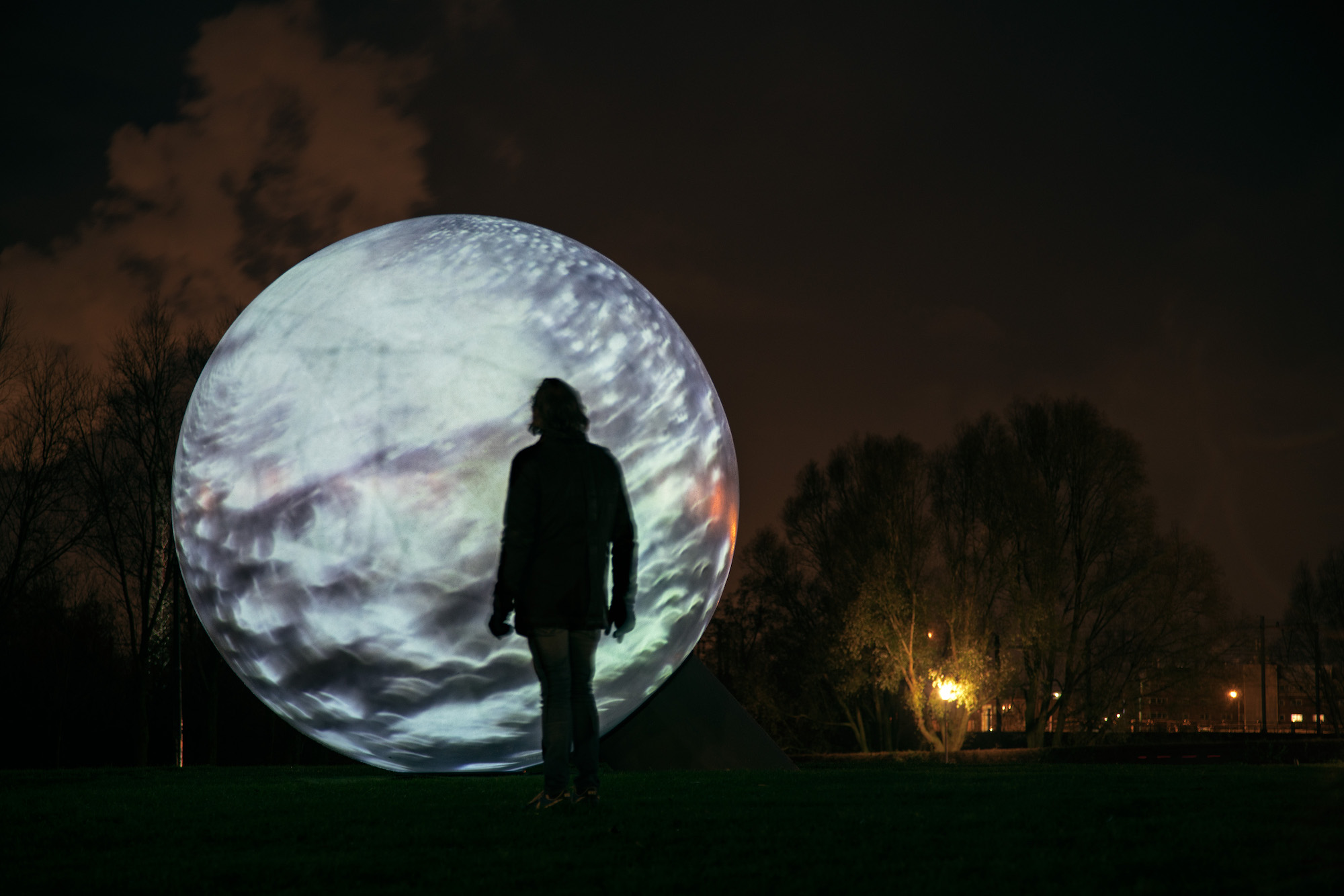 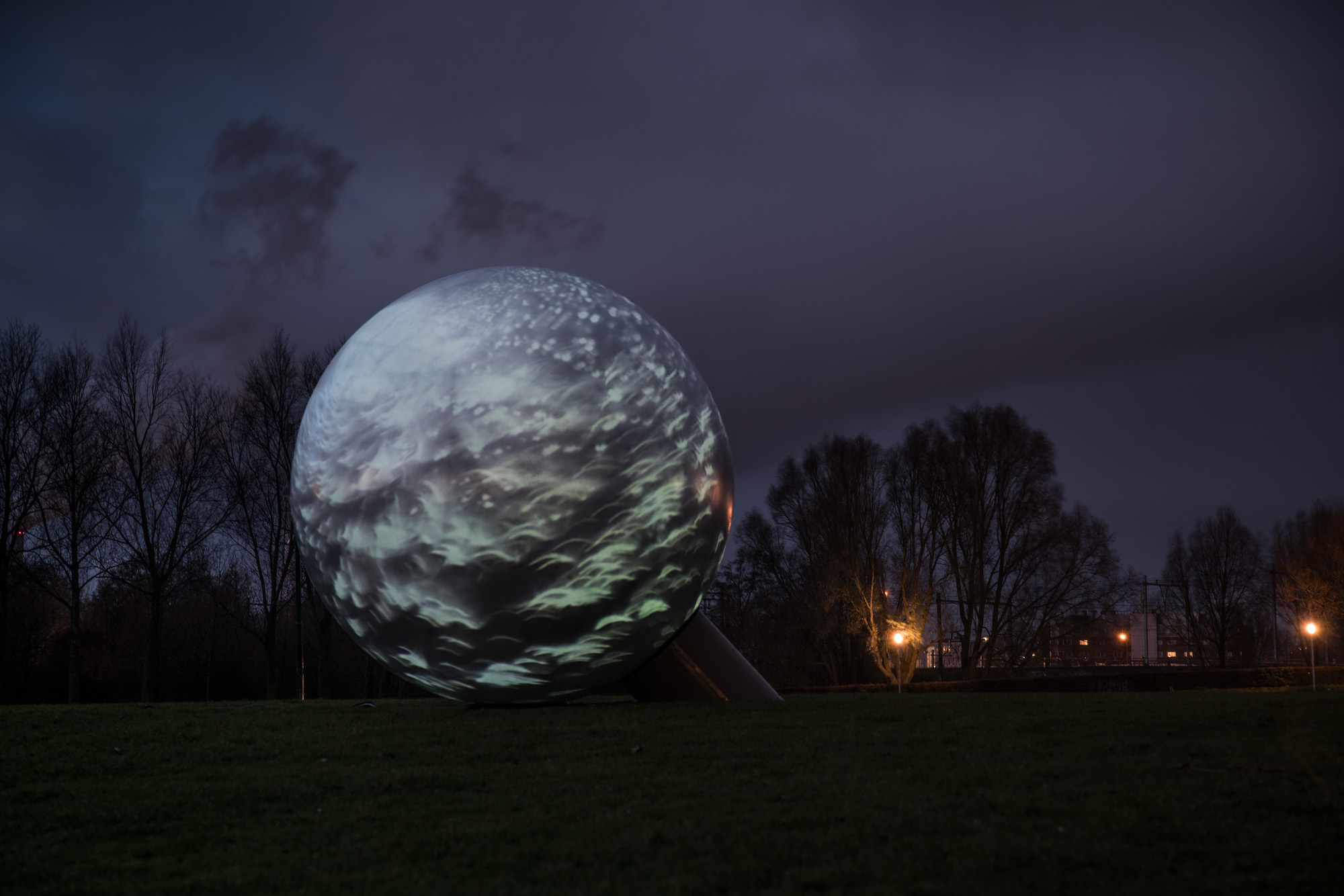 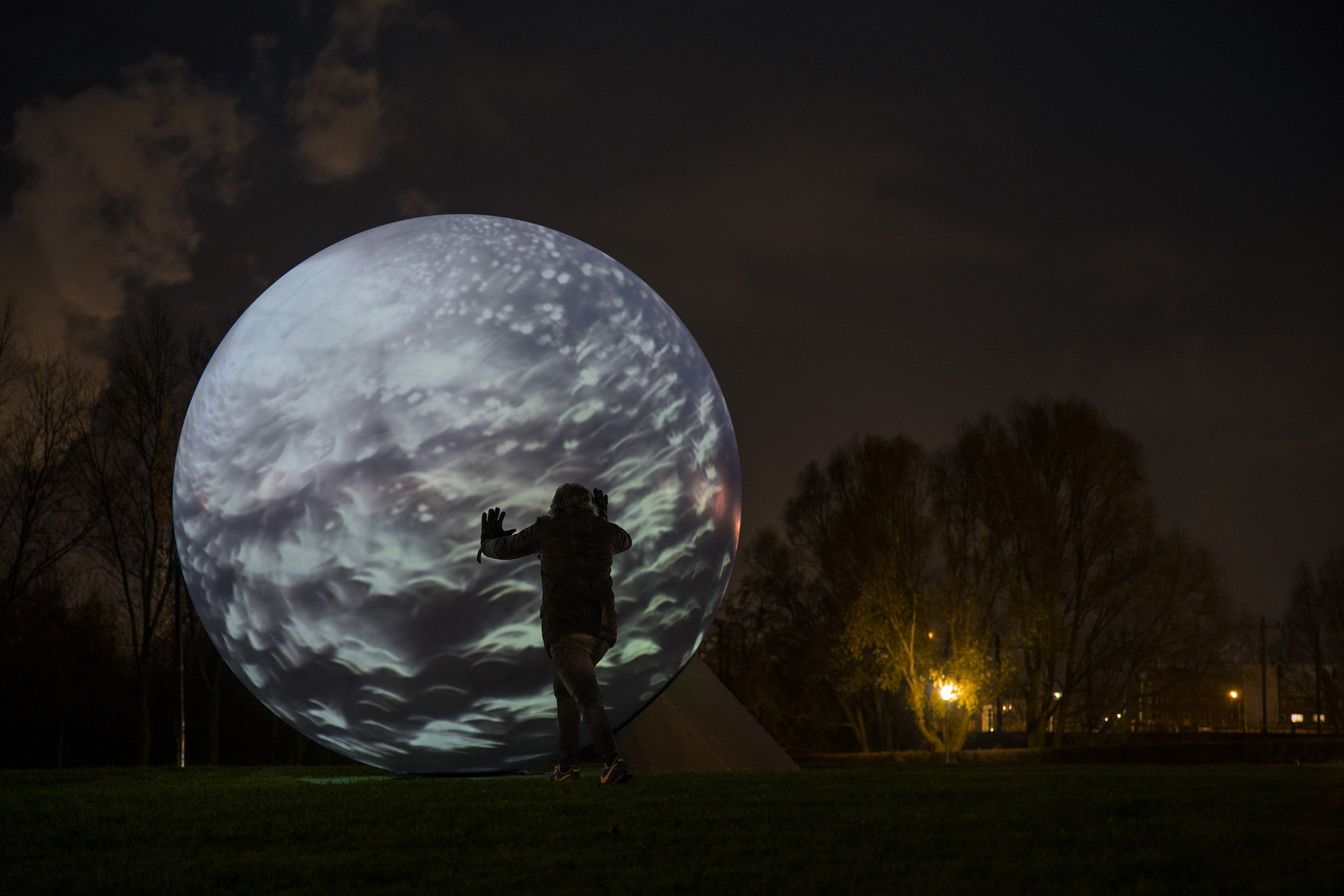 LIFE SIZE OF 3D LIGHT ARTWORK IN DECEMBER AND JANUARY IN WESTERPARK
From 14 December until 14 February 2017, the light artwork ‘The Sphere 3D’ was on view at the Westerpark in Amsterdam.
The three-meter high ball of light by conceptual light artist Clifton Mahangoe stood for 2 months, then travelled around for two years.
It is the fourth year in a row that light artist Clifton Mahangoe shows his work on the Westergasterrein in the dark months. Unlike the previous years, his artwork is a 3D object this year. He developed a special projection technique for this, which illuminates the glass fibre sphere from the inside out. It is the first time that such a large light artwork is illuminated in this way (in the outdoor space).
Launch: The Sphere 3D was unveiled on 14 December at 6.30 pm on the large lawn between the Transformator House and the Machine Building in the Westerpark by Maya Meijer, art historian and also the owner of the Westergasfabriek BV. from December to February the artwork is exhibited, to then travel around. After the journey around the earth, the Sphere 3D will get a permanent place in a special location.
The Sphere 3D was made possible by the Amsterdam West district and the Westergasfabriek.